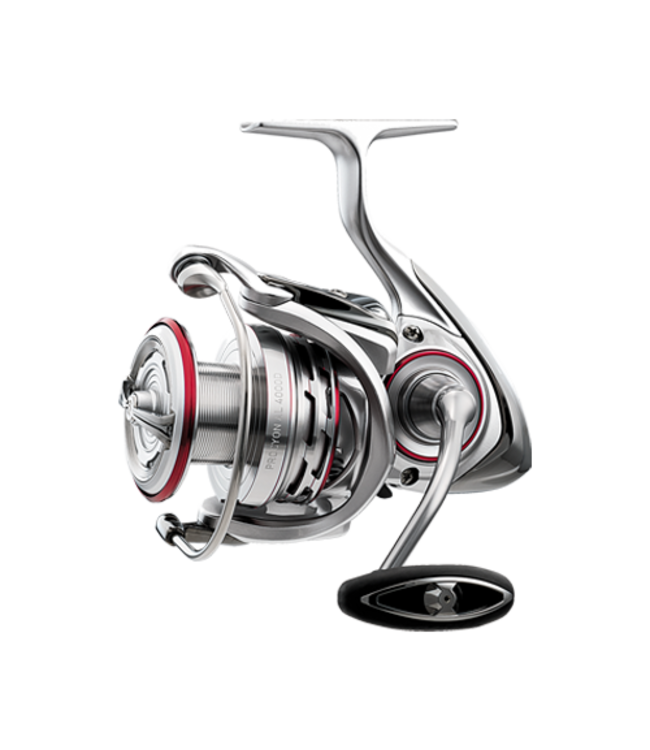 For a higher level of performance, the Daiwa Procyon AL spinning reel family is back for the attack whether that means freshwater or inshore applications. From speckled trout, redfish, and snook to bass, walleye, and trout, the Procyon AL offers anglers the perfect reel for the pursuit.

The Procyon AL is rich in its feature set. First, the reel series features an aluminum body that allows more less body and frame flex providing better support on the gears and bearings allowing increased torque and power while also allowing longer life to the gears. Anglers will find that the aluminum body of the Procyon AL is incredibly lightweight when they pick it up and put it on their favorite rod.

The Procyon AL also features an air rotor engineered to be very rigid, especially at high drag pressures with little flex. The Procyon AL also has generous cut-outs in its engineering design, which reduces the weight of the rotor. The new reels also showcase a tubular air bail that reduces weight and offers more rigidity than standard wire, so you get less flex and bending or breaking. The tubular air bail is also manufactured with thicker material that feels good on the fingers when flipping the bail by hand.

Another element of the series is DIGIGEAR technology, digitally cut to reduce weight, and considerably better gear meshing increase smoothness and gear wear.
Anglers will also find Daiwa's distinctive Advanced Tournament Drag (ATD) a benefit for setting the hook and fighting fish. When you set the hook, the reel instantly adds drag resistance, and then as the fish starts pulling drag, the ATD drag curve automatically returns to your prescribed setting.

The Procyon AL family features Long Cast ABS spool as well. The design of the spool's lip allows the line to exit the reel at a much tighter cone-shaped angle, meeting the guide train with less resistance and force, alleviating wind knots and allowing for longer casts.